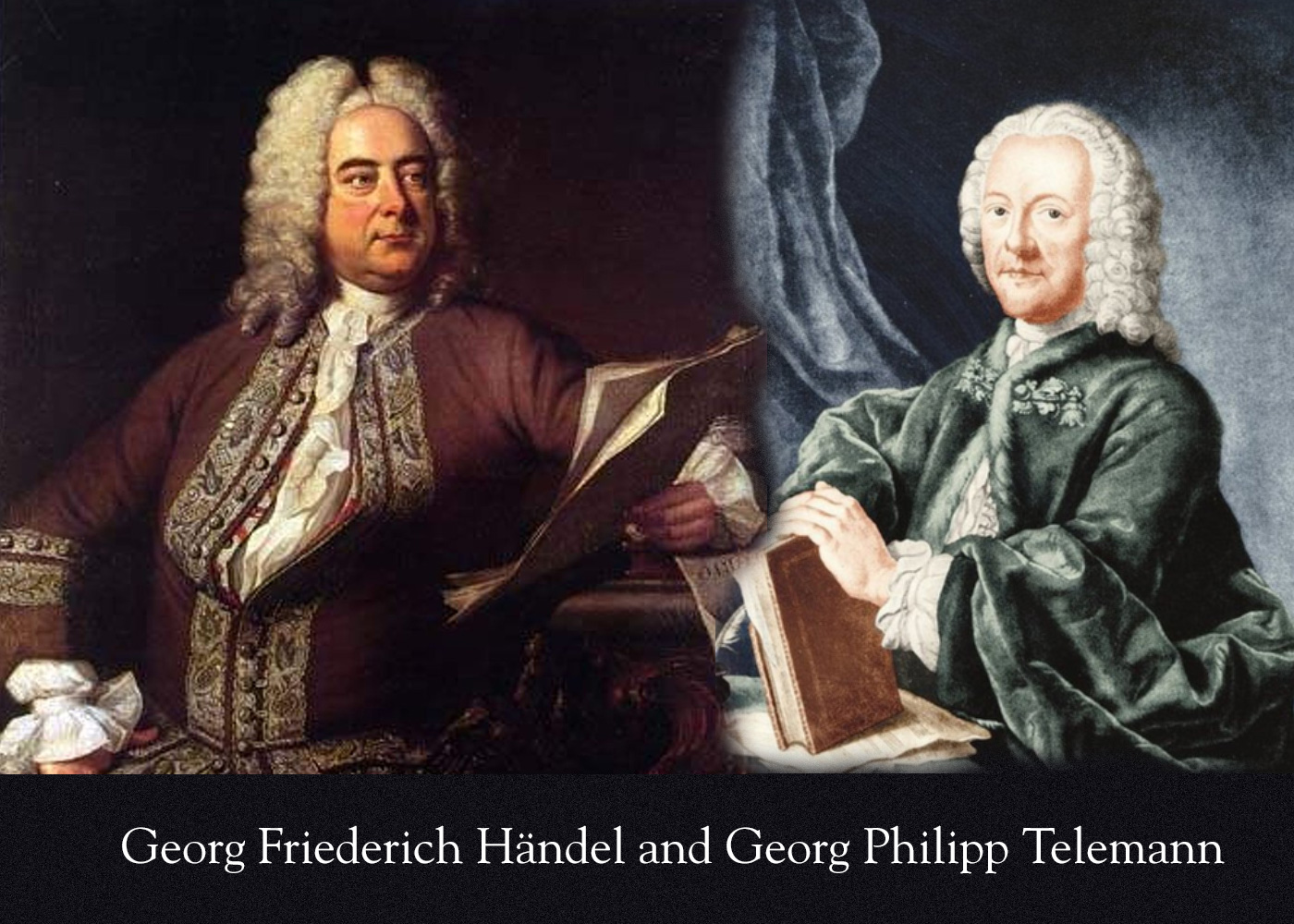 Lifelong friends, G.F. Händel and G.P. Telemann, met as young men starting out their careers in 18th-century Hamburg. They stayed in contact by exchanging letters and scores when Händel moved to London, where he spent most of his life. Their obvious appreciation and admiration for each others’ music remained throughout their lives. Telemann showed it by producing Händel’s operas in Hamburg, and Händel, by ‘borrowing’ from Telemann’s wealth of musical ideas. This practice of borrowing was not frowned upon as much in the 18th century as it might be today. Rather, in most circles, it was considered a compliment. And there’s nothing wrong with a little ‘sharing’ Among Friends—imitation is the most sincere form of flattery, after all!